Do not copy any of my artwork, poetry or photography without my permission.

....carpe diem. The Daylily. "Be like the flower, turn your face to the sun." Khalil Gibran. She gives her all for just one day then bows her head to God and fades away to nourish the next generation. God I pray I may give my all each day to honor you and bow my head at the end to nourish the next generation. Peggy Jones. NOTE............ Please folks do not copy any of my art or photos on my blog without my permission. Thank you for your good manners.

Sepia Saturday
Theme
Pictures with or about books


I am presently reading
"Impelled by the Love of Christ"
History
of
Sisters of Charity of Nazareth, Ky 1924-1936

The sisters are currently organizing and publishing their archives based on the dates of the leadership of the community.

This photo was one shown in this book as the Archbishop of Louisville at the time of the Mother Superiors highlighted in these years.
As soon as I saw it I knew it would one day end up on Sepia Saturday. 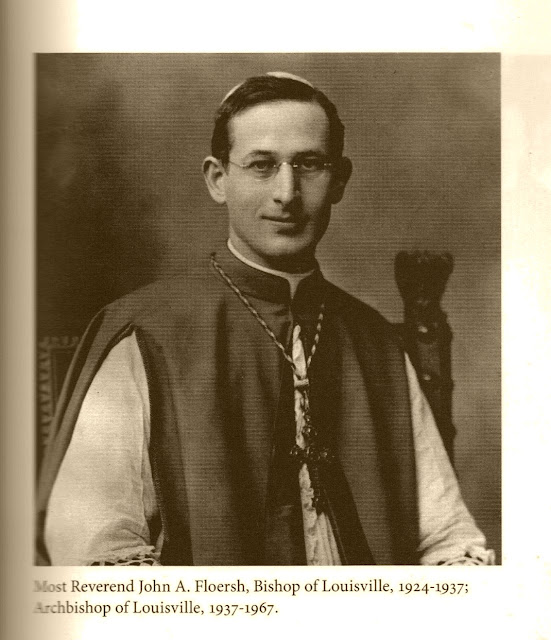 John Alexander Floersh (October 5, 1886-June 11, 1968) was an American clergyman of the Roman Catholic Church. Becoming Bishop of Louisville Ky. in 1924, he was elevated to the rank of Archbishop in 1937 and served until his retirement in 1967.

John  Floersh was born in Nashville, TN the 4th of 8 children of John and Minnie (nee) Alexander Floersh.

His father was a cigar manufacturer. He began his studies for the priesthood at age 16 and earned his Doctor of Philosophy (1907) and Doctor of Divinity (1911) degrees from the Propaganda College in Rome.

(The Roman Colleges, also referred to as the Pontifical Colleges in Rome, are institutions established and maintained in Rome for the education of future ecclesiastics of the Roman Catholic Church. Traditionally many were for students of a particular nationality. The colleges are halls of residence in which the students follow the usual seminary exercises of piety, study in private, and review the subjects treated in class. In some colleges there are special courses of instruction (languages, music, archaeology etc.). but the regular courses in philosophy and theology are given in a few large central institutions, such as the Propaganda, the Gregorian University, the Roman Seminary, and the Minerva, i.e. the school of the Dominicans.)

He was ordained a priest in Rome on June 10, 1911. Returning to the United States, he did pastoral work in the Diocese of Nashville for a year before coming secretary to Archbishop Giovanni Bonzano, the Apostolic Delegate in Washington, D.C. He was named a Monsigner by Pope Benedict XV in 1917.


I was born in 1937 in Nov.
He was appointed the first Archbishop of the new Archdiocese of Louisville in Dec. 1937.
The first time I met him was in 1945 when I received the sacrament of Confirmation at my parish church in my home town.

He was a wonderful man and truly a holy man.

What does this have to do with books?
He was a man of books.
We always had books in my home when I was growing up.

They were not our books.
I got them from the local library.
A standing Saturday visit I made to the library.

Our village library was in the school across the road when I was a boy. I enjoyed it when I was old enough to be allowed to issue books to borrowers because it gave me time to read the books 'I couldn't borrow!'

I too remember a weekly ritual of visiting our local library each Saturday to check out books. I was always so excited to get new books for the week, to me the library was awe inspiring with those thousands of books to choose from!

The Sisters of Charity are undertaking a wonderful project.

I have noticed that clegymen always have rooms full of books.
I used to love the weekly visit to the library as a child and coming home with a pile of books to read.

When I think of "propaganda," I don't think of a religious college.

Postcardy, neither do I that is why I looked up the paragraph just below where it says he studied. I comes from propagate to pass on, increase in number. I guess there is good and bad propaganda.
QMM

Yes, it does seem like a strange word, but I thing propaganda here means: the particular doctrines or principles propagated by an organization or movement. Yes, For priests it takes years of education and study which means a lot of books!

There is a community of books : something that united men and women of books above and beyond any particular belief or faith. He clearly is a part of that community.

What a man. It's amazing to me to think of a 16-year-old boy who is interested in joining the clergy. Usually boys that age are distracted by so many other things.

I was never fond of libraries as the idea of holding a book that had been touched over a hundred times was not appealing to me. As an only child, I wasn't used to sharing, and since I didn't ask much in the matter of toys, my parents indulged me in my taste for books, and sometimes music, if they felt they could endure my selection, at least for a while. What can I say? I like brand new things...
:)~
HUGZ

I share your love of libraries and some of my earliest and fondest memories are of library visits.

The Archbishop looks like a very kindly man, and any archive publishing project is to be applauded!

Welcome to my blog. I share my faith with all and respect your faith whatever it may be.

"Trust in the Lord with all your heart; do not depend on your own understanding.
Seek his will in all you do, and he will show you which path to take." (Proverbs
3:5-6 NIV)

Sitting quietly,
doing nothing -- Spring comes
and the grass grows.

My namesake. Daylily, holds her head up high and gives her all for just one day.

About me----What makes me dance and shout. My family, they call me Queenmothermamaw. 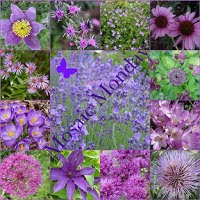 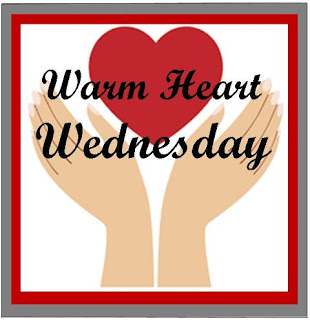 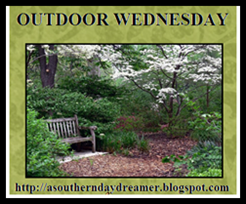 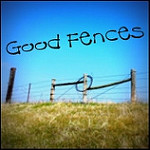 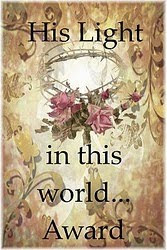